Earlier in January, the residents of the White House changed. The Washington Post published an interesting article about the shift of inhabitants entitled Five frantic hours in the White House: How to move a new president in and the old one out. The article opened with the comment that “the most frenzied American ritual you’ve never seen is called the “transfer of families,” a five-hour tsunami of activity that will transform” the home from that of the outgoing president to that of the incoming one. 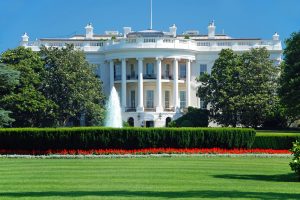 Those of you who have ever moved know first-hand what an involved, stressful, and labor-intensive process a move can be. The thought of entirely packing up a large home, moving everything out, and then moving everything into your new home in only five hours is almost laughable.

On a personal note, my daughter is in the process of moving from my house to a townhouse in another state. It’s fair to say she has spent far more than five hours (probably four to five times more) just editing, organizing, and packing items from a single bedroom, two closets, and a corner of my basement that housed the contents of her last apartment.

For those of you who don’t have a large staff to make your move happen effortlessly in a minuscule amount of time, here are some tips to make a move less overwhelming.

• One of the things I often tell my clients is not to move things that they are going to throw out at their destination. Take time to sort, edit, and purge, prior to packing, to make sure you are only moving items you love and use. It makes no sense to pay to move items you’re going to dispose of at your destination.

• Start as far in advance as possible. If you are planning to put your house on the market this spring, don’t wait until the house is sold to start organizing, purging, and packing. Start today! To minimize the stress that often accompanies a move, start well in advance of your move date. Doing a little bit every day, or minimally every week, feels far less overwhelming than a frantic one-week marathon (or as in the case of the White House, a 5-hour frenzy) at the last minute.

• Pack items you won’t need in the interim. For example, if you’re moving over the winter, you can pack up all of your summer clothing, footwear, and accessories now. By the time the seasons change, you’ll be settled in your new home.

• Be realistic about your lifestyle in your new home. If you are downsizing to a smaller home will you still entertain or host holiday dinners in the same way? If not, consider donating or gifting large serving platters, extra china, and so on. You won’t need it in your smaller abode. Consider your various holiday decorations; will you need the same volume once you relocate? If you are moving from a cold climate to a warm one, how many heavy sweaters and coats will you need? 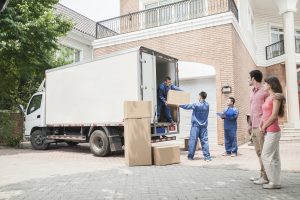 Lately, I’ve been helping a lot of clients pare down in preparation for downsizing or moving. If the thought of doing it alone feels overwhelming, reach out for help.

To help you save time, save money and reduce stress.

“Deborah Gussoff saved our anniversary trip.” “The last time we traveled out of town — an overseas business trip followed by our first cruise – we turned off our cell phones, computers and pushed home maintenance to the back burner. Did I really... (Read More)

Every time the doorbell rang, I was worried that it was the Fire Marshall, coming to shut me down, declaring my office a safety hazard. The piles of bills, magazines, catalogs, school bulletins and forms seemed to be reproducing. Then I met Deborah. I was her... (Read More)

I take pride in the fact that I am an organized person. However, Deborah revised my filing system in ways too obvious for me to consider, especially with my busy schedule. She is the efficiency specialist and anyone could surely benefit from her... (Read More)

Deborah was one of a few organizers I had interviewed to help me deal with integrating my office into my already existing home office. I chose her to work with because I sensed she had the best combination of professionalism and warmth. Professionalism... (Read More)

When I was told that I would be moving from my office of 10 years to a cubicle I have to admit I felt a little overwhelmed! I had files upon files and a long history of event scripts, contracts, agendas, ad journals, programs, invoices etc. I didn’t know... (Read More)